Find below, every information you might need regarding AKTC Transport Price List and its numerous terminals before deciding to embark on a trip with them.

Nevertheless, one business can be distinguished from another by a few unique characteristics. Among this trustworthy transportation firms are AKTC Transport, which will unquestionably provide services that go beyond and above the expense of the requested services.

You are at the proper place if you want to thoroughly figure out what makes AKTC Transport one of the best, the numerous terminals, how to get in touch with them, and how to make reservations.

In this article, you’d find details regarding the AKTC Transport Price List, Terminals, how to make reservations, other services the company renders and of course, how to speak to the customer care provider of any of its branches. Choosing AKTC Transport company? Refer to the information below.

AKTC Transport: All You Need To Know

AKTC Transport was initially founded by the Akwa-Ibom State government. This made it first a state-owned corporation. However, the business later experienced some setbacks, which led to its privatization.

The auto assembling business, Nsik Motors, purchased AKTC Transport in 2005. After that, AKTC transport company successfully launched its operations via the Uyo and Port Harcourt route. For the convenience of their passengers, the corporation then introduced air-conditioned buses. The business has since made upgrades and advancements in a multitude of areas.

Mr Johnny Nsikan is the founder and CEO of Nsik Motors. He is the driving force behind AKTC transport’s development and achievements. He built the transportation business from the ground up to offer their clients high-quality services.

Find the most recent AKTC Transport Price List attached below:

Please use our Tpcost Transport Cost Checker to confirm the prices of routes not stated here.

Below are terminals where AKTC Transport vehicles are found:

Other Service Rendered By AKTC Motors

In addition to facilitating the movement of people between the various cities in Nigeria, AKTC Transport provides courier and logistics services.

By moving goods cost-effectively between locations with AKTC terminals, it engages in transportation. Since the goods sent have always been delivered to the correct location and person, the logistic company has been tried and trusted by many.

Can I book AKTC Transport online? Unfortunately, you cannot. Since the transport firm doesn’t currently have an online presence, there is only one option to make a reservation with AKTC Motors. Any of the numerous AKTC transit terminals can be booked. Through POS, payments can be made with cash or a credit card.

Here are a few justifications for selecting AKTC transportation for your upcoming journey.

Discounted transport prices are offered by AKTC to National Youth Service Corps (NYSC) members. Nigerian university graduates are required to serve the nation for a minimum of one year after graduation.

The service must be carried out by the students in a different state or region than their own. having the students travel vast distances as a result.

This group of persons receive a discounted price from AKTC Motors. By giving these young people who are travelling to serve their country discounts, they demonstrate that they act in the best interests of the nation.

To guarantee that all traffic laws are observed, AKTC drivers receive thorough training and undergo frequent evaluations. In order to prevent endangering the lives of the passengers, the drivers are typically people who have received extensive training.

In order to avoid accidents and conflicts with traffic cops, the company also makes sure the drivers are familiar with Nigerian traffic laws and rules.

The implementation of a speed limit that applies to their drivers shows how passionate AKTC Motors is about client safety. To reduce the number of transportation concerns, the business has established a speed restriction that all drivers must not go over.

In addition to being engaged in safety, AKTC Transport is also concerned with comfort and client pleasure. For the convenience of the passengers, air conditioners are also included in the buses of the transportation firm. It is impossible to overstate the importance of air conditioning, especially during midday road trips. This need has been identified by AKTC Transport, which has provided for its clients.

There is a platform for secured payment via POS while booking at the various terminals for passengers who prefer not to carry cash with them. Cash payments are also accepted, but the company is good because it considers the needs of its clients.

AKTC Transport is a trustworthy transportation business. Its main goal is to meet consumer needs and guarantee their comfort while travelling. It has seen a rise in clients as a result of its discounted rates for Nigerian Corp members, which has contributed to its increased popularity.

For further enquiries, bookings and suggestions, you can reach out to the AKTC transport company via the following means:

The service offered by AKTC Transport is of the highest calibre and is tailored to the requirements of the client. Enjoy your next journey with them. 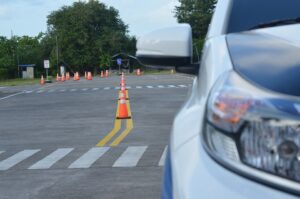 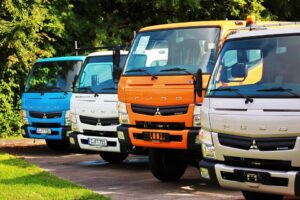 How to Start a Haulage Business In Nigeria (2022) 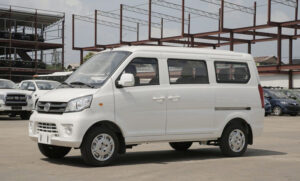